Aldi: 2016 will be Californian

Shop Way of consumption
The German discount supermarket chain plans to open no less than 45 stores in California next year. This is the first step of a bold expansion across the country. 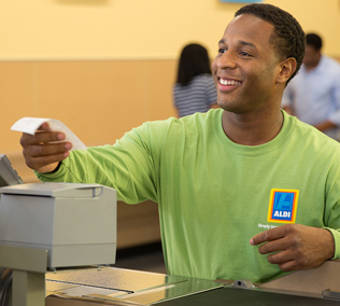 This West Coast rush is actually part of a five-year plan. Between March and July next year, Aldi plans 25 openings, 20 more by the end of 2016 and 650 by 2018, the final goal being a list of 2,000 stores in the US. To reach that very ambitious goal, $3 billion will be invested in land, facilities and equipment. In the meantime, this means the creation of 10,000 jobs in the next few years. Aldi wants to please its customers and aims to be a good employer too. A good salary (from $13 per hour) and benefits are part of the working contract.

The Torrid Clothing Brand is Coming to Grand River in Leeds

As they were celebrating their first year as a public company, Smart & Final unveiled their “Project 100” plan, a project involving their Extra! And Cash&Carry stores.

City of Columbus to test a plastic-bag recycling program

Part of the city's global project to reduce its impact on the environment, Columbus will start to recycle plastic-bag from next year on.

Florida has it's first zero waste coffee shop, pioneering change in an industry synonymous with waste.