Martha Stewart is sold but not gone

Shop
The world famous lifestyle guru, Martha Stewart, has just sold her company even though she will remain involved.

It all started in the early 70's, when Martha and her husband Andrew Stewart moved to Westport, Connecticut, and bought an old farmhouse. Its restoration revealed Martha's skills and talent, not to say her gift for good taste and decoration. In 1976, at the age of 34, she enrolled her friend Norma Collier and together they started a small catering company in Stewart's home. The business was successful but some collaboration issues between the two women led to a split eventually. Martha Stewart's strong personality also resulted in her redundancy from the quality food store she managed. Never mind. She decided to be her own boss and opened a store. 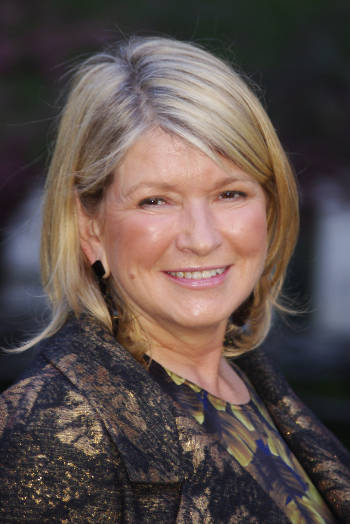 In 1982, when catering for an event her husband organized, she impressed the publisher Alan Mirken and he soon asked her participation to a cook book. "Entertaining" was the first of many to come. Later came the magazine features, then the self-named magazine, then the TV shows and so on, the peak being the creation of her company, Martha Stewart Living Omnimedia, worth 2 billion at its top. Unfortunately, a few inappropriate financial moves led to a five months jail time in 2005 and both the Queen and her Kingdom haven't completely recovered since.

Her once trendy and popular obvious style slowly became old fashioned. It's about time to sell. A deal was settled a few days ago: Martha Stewart's Living Omnimedia has been officially acquired for $353 million by Sequential Brands Group, a company that buys trademarks to license them out. However, even at 73, she's not intending to retire any time soon: Stewart will still be a part of her company as chief creative officer and a notable part-owner, as well as an attendee at the board of directors. As she said in a statement: "This merger is positioned to further the growth and expansion of the unique Martha home and lifestyle brand. We now have the opportunity to tap into Sequential’s expertise and resources to expand our merchandising business both domestically and abroad."

US based home interior enthusiasts will now have the chance to shop at Danish design brand Hay as they open their first American store in Portland, Oregon.

Dior, Made Goods and more are opening doors

One of the best and still growing shopping destinations in the US is the Dior outlets that are now and some yet to be opened and some now opening.

The Torrid Clothing Brand is Coming to Grand River in Leeds

A new Lego store will be opening at Destiny USA, offering toys, events and opportunities for creative fun to children and their families across Syracuse, along with visitors from further afield.