Four of the five Walmart Supercenters closed have reopened

Shop
Four of the five Walmart Supercenters suddenly shut down last April reopened last week, mystery and rumors still circulating about why they had to close in the first place. 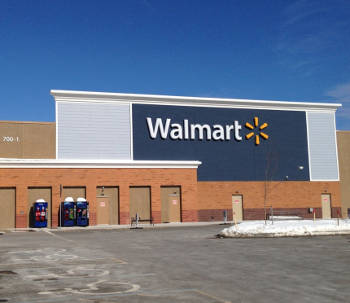 On April 13th this year, Walmart decided to shut down five of its Supercenters, literally overnight and to the (bad) surprise of its customers and staff. The stores concerned were Tulsa, Oklahoma, Midland and Livingston, Texas, Pico Rivera, California and Brandon, Florida. A total of 2,200 employees were affected. They were offered a two months paid leave and the possibility to apply for jobs at other locations of the supermarket chain.

Meanwhile, the reasons of these unexpected closures were surrounded with rumors. If the company's official statement involved massive plumbing issues to fix in these five supercenters, various allegations suggested other reasons. For many employees, its a punishment for asking higher wages and being on strike. For some people, the closures are related to Jade Helm 15, a vast military exercise that took place between July 15th and September 15th this year.

Whatever the reasons, the fact is that four of the five stores reopened last week with new layout and reorganised departments. According to Walmart, the fifth location, Brandon, Florida, is due to open in time for the festive season this year.

A real Etsy shop at Macy's, in NYC

This is a world premiere: e-commerce website Etsy has opened its very first IRL shop. It's located at Macy's Herald Square, in New York City.

Macy's has launched its own way to mix style and charity with its Fashion Pass. For a few weeks and with $5, both customers and charities will benefit from this innovative idea.

H&M opened its first US store in New-York City in 2000, on Fifth Avenue. 15 years later, Manhattan will be the location of the brand's largest store ever.

The Gap, the once cool clothing brand is facing hard times and has to close 175 of its stores in North America. Europe is on the list too.

Chain stores related to the news
Walmart > All news Walmart