Shop
Already well established across the US, the specialty grocery store plans some further openings in the coming months. 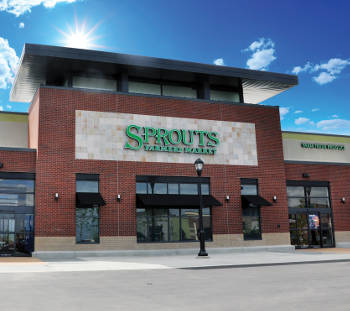 The result of a merger between Henry's Farmers Market and Sprouts, Sprouts Farmers Market can be described as a healthy grocery store. The company is headquartered in Phoenix, Arizona, it employs more than 20,000 people operating in more than 210 locations in 13 states. Sprouts Farmers Market offers fresh produce, bulk foods, dairy, meat, organic and gluten-free groceries as well as vitamins and supplements, all at competitive prices, and targets a clientele of 'health conscious consumers'.

With smaller-format stores than usual supermarkets, a cosy old-fashioned style and a growing number of people concerned about what's in (or not) in their food, it's no surprise that Sprouts can afford to consider new locations. 12 new stores are scheduled to open in early 2016, creating around 100 new jobs for each opening. The list includes: Alhambra, Clovis, Los Angeles, San Clemente and Oakland in California, Atlanta and Marietta in Georgia, Colorado Springs and Lakewood in Colorado, El Paso in Texas, Franklin in Tennessee and Lee's Summit in Missouri. Fore more details, coming locations are displayed and updated here.

Costco is one of the world’s largest wholesalers that is based in America as its origin but also exists in a number of countries.

Amazon has its own label food range in mind

Amazon is the most important online retailer in the US. The company recently launched its own line of grocery products and wants to expand it to food and households items.

Behind on your holiday shopping? Don't worry, Kohl's is opened day and night through Christmas Eve.

American Eagle is a clothing retail store that was founded in 1977 by the Silverman’s brothers; Jerry and Mark Silverman.