Tropicana gets the Non-GMO Project label

Food/Health
Tropicana just got the Non-GMO Project seal for its Pure Premium orange juices, which have always been GMO-Free. 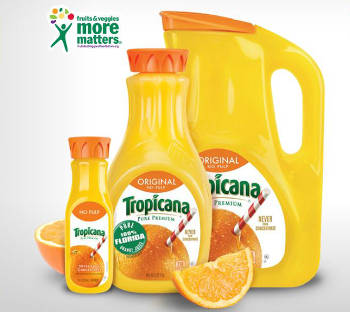 When buying your favorite orange juice, and considering it's a Tropicana product, there's something you should notice any time soon: the Non-GMO Project seal featured on the bottles and cartons. The fruit-based beverage company obtaining the label is feeding the debate. Tropicana is owned by PepsiCo, a multinational which is mostly known for being against the obligation of such certifications. So, asking for the Non-GMO Project certification for a product that doesn't need one looks more like a marketing move than anything else. It's been a very efficient selling point for a while now.

There is no genetically modified oranges on the market, at least for now. There are most certainly researches being conducted somewhere but as for today, oranges are GMO-free and so is a 100% orange juice. "Consumers today have a desire for transparency from brands, and that desire is only going to increase" said Björn Bernemann, VP and general manager for Tropicana in North America, to The New York Times, adding "Tropicana Pure Premium is non-GMO, and it always has been. Some consumers, however, are expressing a desire to get beyond what brands are actually telling them, and we felt having external verification would give our consumers assurance."

Air Cork: a balloon to store wine after opening

To preserve a wine's qualities for several days, it has to avoid any contact with ambient air. Thus, Air Cork is a small balloon which must be inserted into the opened bottle. When inflated, it acts like a cork and protects the wine.

Concord has a brand new chicken shop in town, with the newly established eatery Fresh Tray having opened on Salvio St. With a simple menu offering made to order burgers, chicken and sides, Fresh Tray offers a fast-casual eatery for the residents to enjoy.

10 of the Best Rooftop in NYC

New York City is one of the world’s best destination with stunning features. The houses, arrangement and even the roads in the city and those that lead into the city all add fragrance to the city outlook.

The Cherrity Bar : inside the new Ramen Shop in San Antonio

Here’s a piece of great news for everyone who loves Asian cuisine in general, and ramen in particular! There is a new Ramen Shop in San Antonio called The Cherrity Bar, this is a place worth visiting.