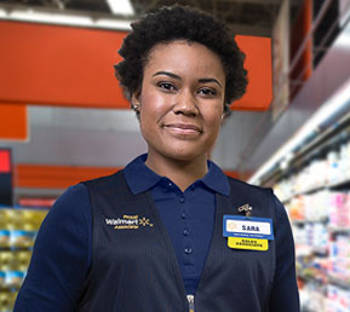 Walmart made its Veterans Welcome Home Commitment on Memorial Day 2013. Its statement: “Walmart will hire any honorably discharged veteran who wants a job with us in his/her first 12 months of active duty”. Its goal: 100,000 veterans hired within the 5 following years. It's 2015 now and Walmart revised its objective upwards to 250,000 by the end of 2020. Since Walmart launched this commitment two years ago, more than 92,000 veterans have been given a job.

Retired Brigadier General Gary Profit, the company's senior director of military programs, said that they've "experienced a tremendous response to the Veterans Welcome Home Commitment in our first two years, and as more service members transition out of active duty, we know we can do more. We believe veterans represent the largest, diverse, talent-rich pool in the world and are an essential segment of the next generation at Walmart."

Almost 8,000 of the 92,000 veterans hired since 2013 have already been promoted, along with better wages and more responsibility. The recruitment will concern all departments of the retail corporation, like distribution centers or the Home Office, but the largest part of the job offers will be in stores and clubs. If Walmart does as well as intended, the 250,000 veterans will represent nearly 20% of its 1.3 million employees in the US.

During the ‘80s and ‘90s, big-box electronics outlets were doing extremely good. That was the period when new stores were positioning themselves, and the already established were further cementing their place.

H&M opened its first US store in New-York City in 2000, on Fifth Avenue. 15 years later, Manhattan will be the location of the brand's largest store ever.

A new vintage clothing shop in Seattle is giving men a chance to craft a distinctive vintage look, and the boutique in Pioneer Square offers a retro look with a decidedly modern twist.

US based home interior enthusiasts will now have the chance to shop at Danish design brand Hay as they open their first American store in Portland, Oregon.

Chain stores related to the news
Walmart > All news Walmart