Shop
H&M opened its first US store in New-York City in 2000, on Fifth Avenue. 15 years later, Manhattan will be the location of the brand's largest store ever. 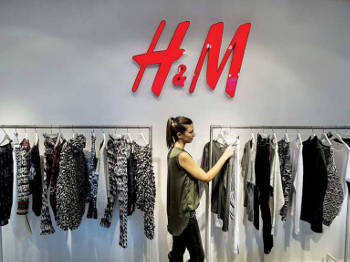 Long gone are the days of the 1947 women's clothing small store, in Sweden. The Swedish fashion brand H&M (for Hennes & Mauritz) now owns 3,500 stores around the world and will inaugurate its 362nd address in the US. But it's not just another store. Its the 13th location in Manhattan. Oh, and it's the retailer's largest store in the world. The 63,000-sq.-ft. space will open its doors on May 20, in Herald Center, at the intersection of Broadway and Avenue of The Americas. All H&M lines (Women, Men, Kids, Young) will be displayed, as well as the Home collection. Shoes, both for women and men, will have their dedicated department. A 35 ft. glass facade will include a huge LCD screen, and if you want, you'll be able to stroll around a 30 ft high atrium inside the building. Last but not least, John Legend himself will play for the grand opening, cut the ribbon and shake hands with 20 lucky randomly chosen persons.

Birkenstock opening in Venice for its second U.S. store

Birkenstock has expanded it's reach by opening a second U.S. location in Venice Beach, Calif.

Imagine a magical place where you can have donuts and ice cream all in the same place. Well, if you’re anywhere near Pace, Florida, you’re in luck. That’s because Dunkin Donuts and Baskin Robbins are joining forces for your pleasure.

PepsiCo is a few weeks away from launching an intriguing project called Kola House. Located in the Meatpacking District in New York City, this experimental venue aims to become the new place to be.

Behind on your holiday shopping? Don't worry, Kohl's is opened day and night through Christmas Eve.